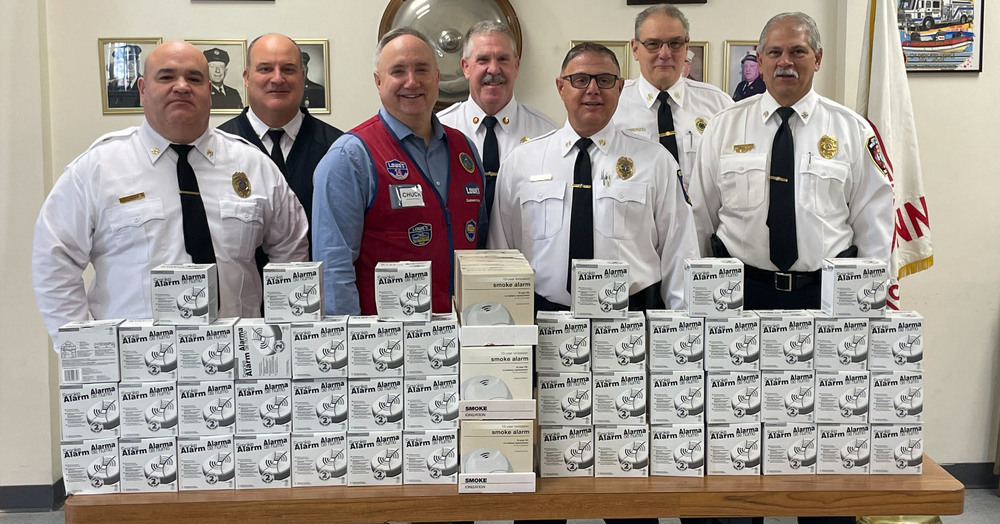 In October, West Haven Public Schools hosted ‘Hat Day’ at its elementary schools in a fundraising effort to benefit the West Haven Fire Department (WHFD). The event was a huge success as collaborative efforts helped raise $1,860 to purchase 400 smoke detectors for the WHFD.

“I am so proud of the efforts of West Haven’s elementary school students and staff to give back to our fire department,” said Melissa Cohen, a school psychologist at Savin Rock who spearheaded the fundraiser. “This is a tremendous example of how small actions of generosity and community partnerships can make a big impact on our city.”

In addition to the money raised by the elementary schools and UNH, there were also several anonymous donors from the community who wanted to support the cause. Lowe’s of Milford and Lowe’s of Newington also donated additional smoke detectors.

The WHFD received all 400 smoke detectors on Friday, December 9, 2023. They will be loaded onto firetrucks. When the WHFD responds to a call, they will install them in any West Haven home that does not have one. The WHFD is only able to do this through donations and grants.